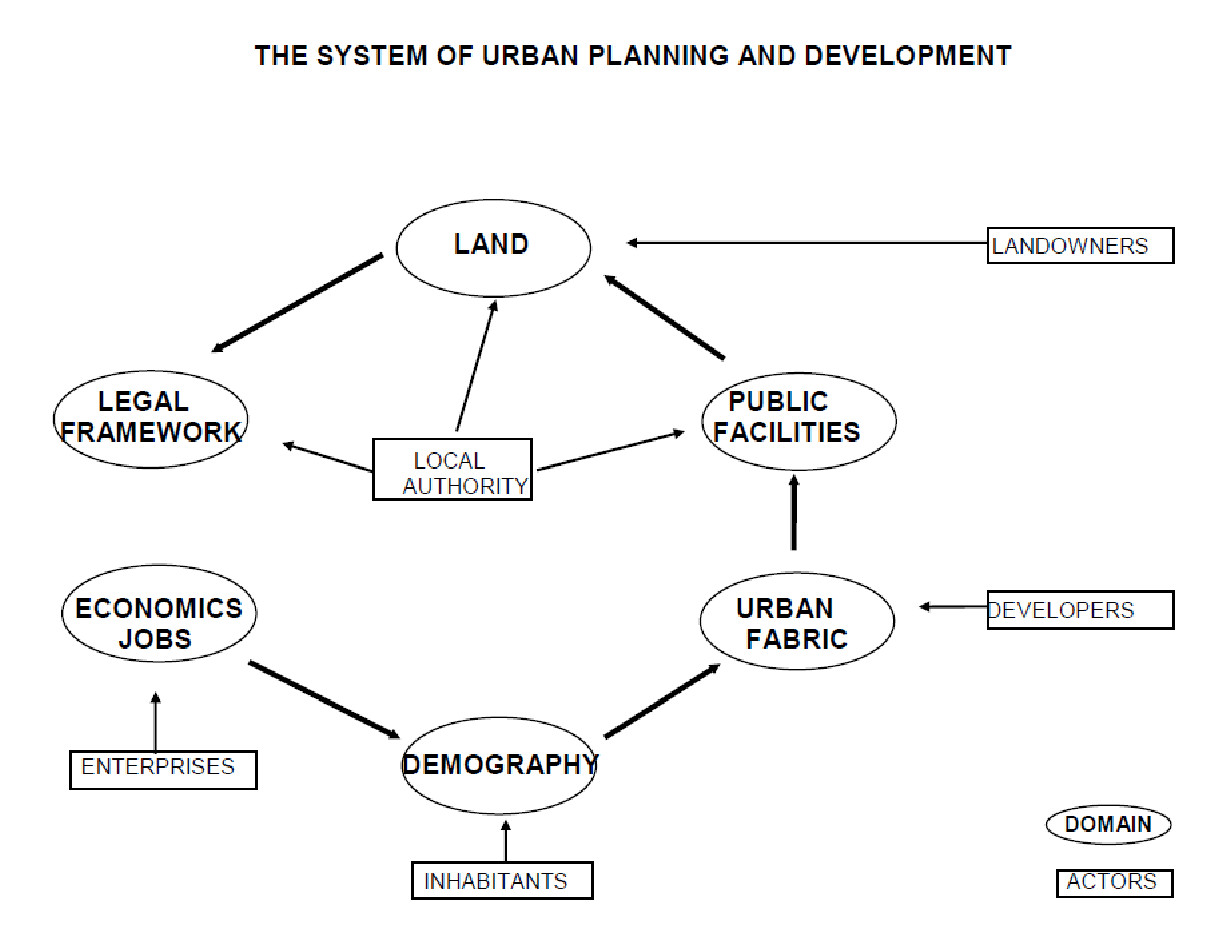 The model is based on the idea that the urban system consists of six subsystems which can be identified as follows, from the most concrete to the most abstract:

At the outset, the system is activated by commercial, manufacturing and administrative activities. Urban growth is the result of the creation of non-agricultural jobs.

Population growth results in increased demand for facilities and services to be supplied either by the local government or by private bodies.

Thus the causality series is the following:

In fact the system is neither so simple, nor so linear. There is a great deal of secondary interactions. For instance, existing housing has an impact on new enterprises: it is necessary to house the workers attracted by new enterprises at a reasonable cost. Another example: a planning document has an influence on land prices since it designates buildable plots. The urban system is a complex system.

In the decentralised institutional systems of Western countries, local authorities are the principal regulators. However, they cannot act directly either on economic activities (job creation) or demography (residents are free to move and to settle elsewhere) or the building sector (they cannot construct all dwellings and factories). In reality, the sectors in which local authorities have a certain amount of direct power are those that concern urban planning and development: land supply, facilities, land rights and public finances. In the other sectors (enterprises, population, housing) local authorities cannot act as directly in a regulatory role. They must co-operate with other controlling or decision making bodies such as the State or companies. But, through the process of urban development and planning, the municipality acts indirectly on the other sectors because the physical development of the area (facilities and organisation) has an effect on the population, housing and activities. Thus urban development and planning is a lever that allows local government to influence the urban system as a whole.